Out of pure curiosity, I picked up these Avon Cool Bliss Eyeshadow among other things during a super sale. I think Avon makes nice blushes but crappy eye shadows, and out of the several I've tried, only one, the Avon 8-in-1 Palette, intrigued me enough to write a review for a few years ago and even then, it wasn't a good review. The rest I didn't even bother with.

So I've got to give these Cool Bliss Eyeshadows some brownie points for reviving my interest after such a long time. I'm not sure if there were other colors available, but there was only 2 when I made my purchase, N01 Pebble Stone and N701 Sparkling Plum. I bought both. 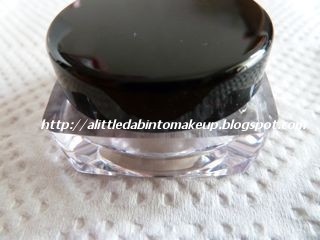 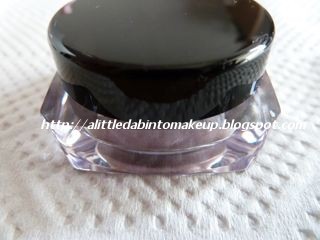 My first thought upon opening these up is that they look very dry, perhaps because they are old stock. Or more obviously, like all other cream eye shadows they are (stupidly) packaged in a jar with a twist cap that isn't exactly air tight, and even left alone without opening they would eventually dry up. Thankfully, they haven't been rendered useless and still work okay with decent color pay off when swatched. I haven't actually used them yet, only played with them a bit and swatched for pictures so far. 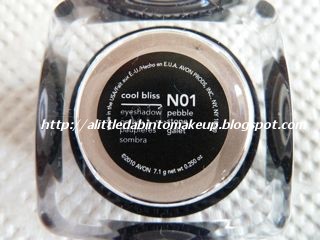 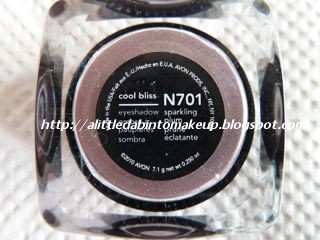 Texture wise they are very thin, even thinner than Benefit Cosmetics Creaseless Cream Shadow-Liner, and they feel like a damp powder. The funny thing was that after swatching, I'd attempted to rub them off with a dry tissue and that didn't work too well, which I thought would say a thing or two about their staying power, but then I went and ran my hands under cool water without any soap at all and they washed off completely. So yeah, not sure what to make of this...

- N01 Pebble Stone: looks like a pearly off white white but in fact has a pinky iridescent sheen and a greenish tint when looked at from an angle. 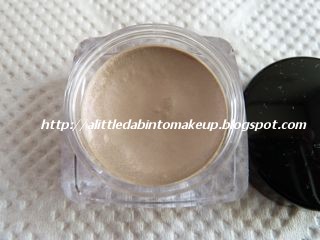 - N701 Sparkling Plum: a purplish taupe. The moment I saw this color I thought, "Hey...I've seen this color before." Yep, I sure have - it's the sheerer shade in Physicians Formula Gel CreamLiner Glam Hazel Eyes trio! So I pulled that trio out and did a comparison swatch and what do you know, almost an exact match with the Glam Hazel shade being more metallic and this Avon shade having just a tad more taupe! 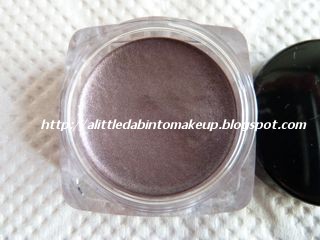 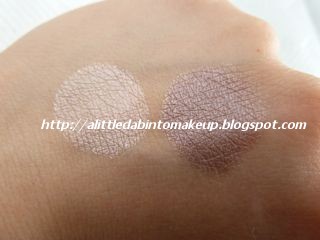 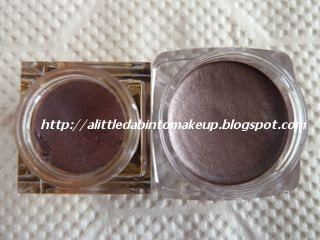 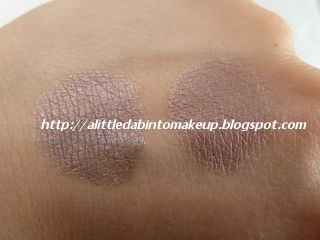