Over the past several weeks, hubby has had the pleasure to take part in a summer seminar that focused on the economical impact of March 2011 earthquake and tsunami on Japan. The highlight of the seminar was a few days' trip up to the northeast with an NPO to visit some of the towns hardest hit by the disaster. With some luck (and a really kind professor), I was allowed to tag along and join hubby and his students in broadening our horizon.

***Disclaimer: Please note these posts reflect my own personal views and opinions and not those of the seminar, its professors and lecturers, or affiliations. In addition, these photos and stories can be quite tragic and gut-wrenching, so proceed at your own risk. Some of these photos I did not watermark, because I feel it would be a good thing to pass them on.***

Our trip started with a nice Shinkansen ride with a bento lunch featuring Sendai's regional specialty - cow tongue ^.^ The green roll is Sendai miso wrapped in a shiso leaf, which hubby and I already tried early on in the year at cook book party.  The cow tongue is underneath it, and while the thought made me squirm a bit, it was actually not bad! 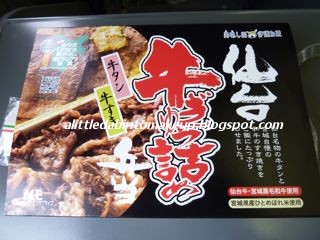 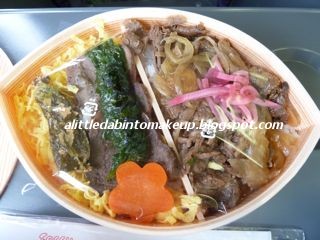 After a Shinkansen ride and another long bus ride, we arrived in Ishinomaki and was immediately confronted with the sight of destruction. This is what became of the buildings that withstood the tsunami. 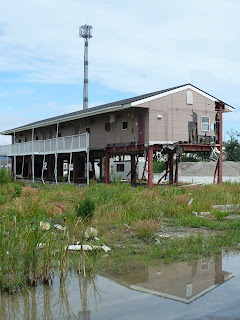 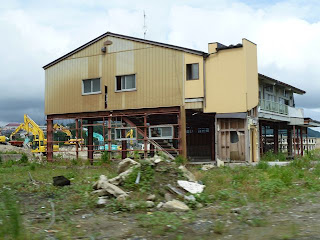 This is what became of the structures and buildings that did not. 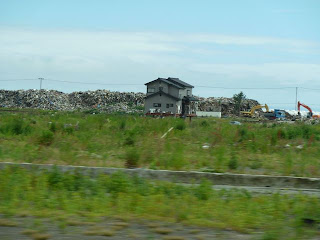 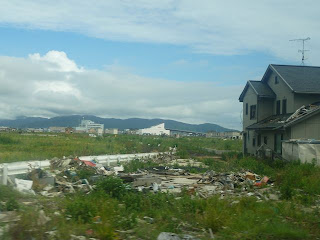 The remains of a school became a yard for gravestones. When we passed by here, we were told of the tragic, tragic story of Ookawa Elementary School where the majority of the students and staff were killed. Basically, the school was caught unprepared and the teachers and staff could not decide where to evacuate the children. When consensus was finally reached, it was a decision to cross a bridge that was right in the path of the tsunami as they did not expect the wave to come that far inland, that quickly, or with that much height and power. So despite one teacher's plea for them to run up hills behind the school, the rest of the teachers and staff were worried about fallen trees harming the children. So instead, they took the children and, well, headed...straight into the tsunami. Where as the one teacher who wanted to run for the hills, he was able to convince only 1 kid to come with him and they both survived. The fate of the school children remains a huge controversy to this day with parents suing the city government for negligence. Terrible sadness is all I can say. 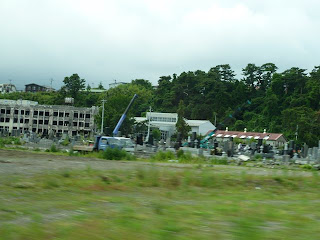 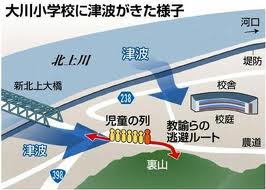 ***Right illustration from this blog (in Japanese).

The sign says "Let's do our best, Ishinomaki!" along with numerous memorial flowers. 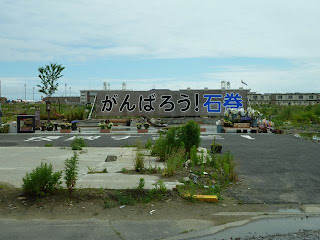 This was the site of めだかの楽園 (Medaka no Rakuen), an elderly home that was completely destroyed by the tsunami. The happy side of the story is that the dedicated staff of the home all stayed to evacuate the elderly and everyone survived. The sad side is that a couple staff members later learned their own family were killed during that time. The group's goal of the first day was to visit this now-relocated elderly home and present flowers to them. I caught a glimpse of hubby presenting the flowers :) 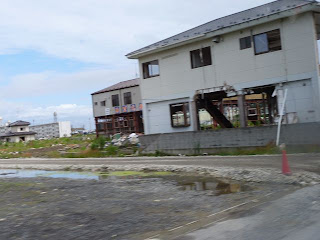 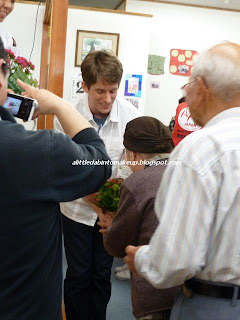 After presenting the flowers, the students sang and danced along with the elderlies of the home. Everyone was having a great time cheering up others ^.^ It was a heart-warming sight. 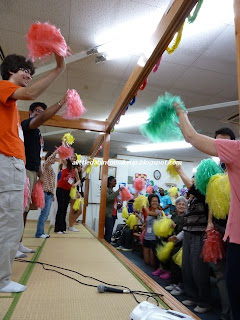 It was a lovely visit, and enlightening for all of us, leaving which both sides were emotional and in high spirit. Goodbye Ishinomaki and Medaka Rakuen. がんばって！ 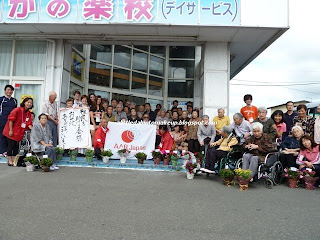