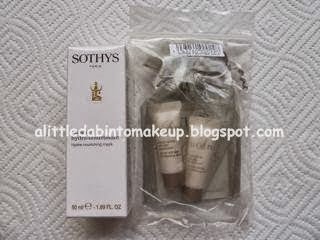 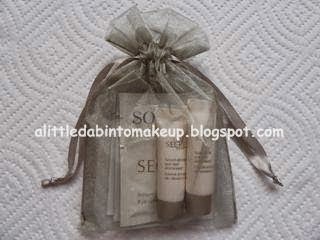 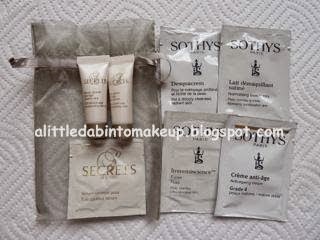 ...Or I thought it was a small satchet. After squeezing it out into a small pot, I realized it was at least 3mL's worth (the product photo below was taken after I'd already used up half)! Wow!

Anyway, this unscented eye cream looks rich but it goes on pretty light. It's an okay eye cream I'm using at night, adequately moisturizing. Sometimes I do find myself layering on more balm to be comfortable, but that's just because it's crazy dry here and my skin's already pretty damn dry, a terrible combination of climate and genetics. Also, I've noticed that this eye cream would sometimes get melty, as in it turns my eye area greasy. The oil would seep into my eyes, and while it doesn't sting or anything, it's kind of annoying that I have to keep wiping my eyes off. This means if I were use it during the day and layer it beneath my sunscreen, chances are it'll probably melt the sunscreen and stain my contact lenses. So I won't purchase the full size. 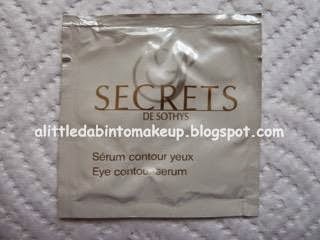 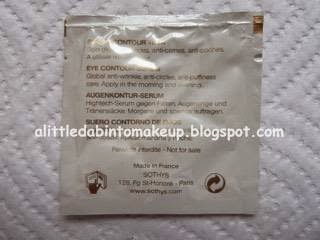 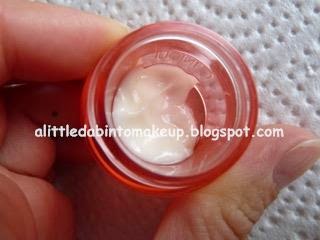