One word for this L'Occitane Shea Butter Lip Balm Stick - yuck. I've had it for a while now but never got around to review. I tried it when I first got it and hated it, so I put it away, only to try it again recently and, well, still hated it. 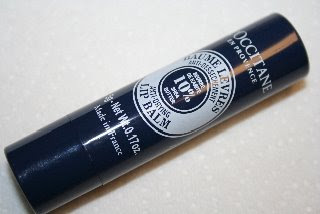 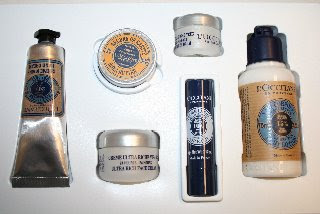 Who on Earth would pay $10 for this PoS?!? It was supposed to be shea butter, but mine was nothing more than a stick of icky, stinky(!) hard wax that stuck to and ripped my lips during application. You read that right, a lip balm that hurt and tore the cracks on my lips instead of healing it. And mine was not an isolated case either, as it seems many many people experienced similarly as well. Check out the -ha!- "Testimonials" on L'Occitane's website as well as the Makeup Alley reviews for this product. It was most likely because the lip balm goes bad very quickly but at the same time sells very slowly. So what I (and the vast majority of others) got was probably an expired product beyond its shelf life. Awful, awful, awful! In the trash can it went.