Ack, it's May and I'm behind on both March and April :(
This is the March 2011 issue of Como, which came with a Jill Stuart multi-case, which I'm using right now ^.^ 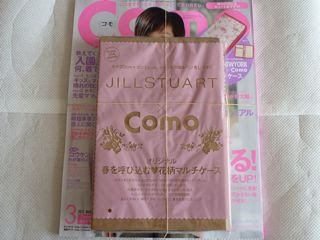 This is going to sound harsh, but this has got to be the crappiest and most uninspiring magazine cover I've ever seen! I know Como has its target audience, but it shouldn't matter because any woman can be fashionable and inspiring. It's not like I was expecting a Victoria's Secret catalogue cover, but the magazine's previous covers were really decent, so I wonder what happened there. 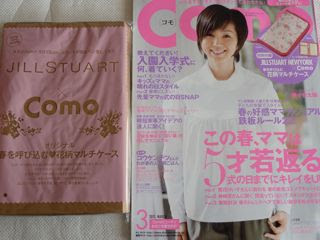 May be they forgot for a blip second that they're a Japanese magazine in Japan. Come on, if anyone's ever seen how the vast majority of women dress here, they'd agree that even the plainest and most boring of them all is probably still way more fashionable than me LOL :P And yet this cover made me cringed. What's up with that?!? 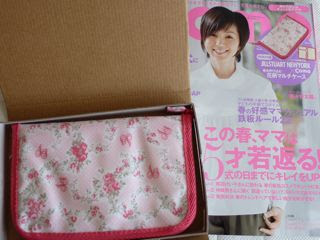 And yes, I bought the magazine for the freebie. May be I shouldn't have, because although the multi-case's flower print and dark pink border is pretty, the case itself is unfortunately not very well made. It measures 13 x 20 cm, and is made of PVC and polyester. That said, it feels very flimsy. Its padding is soft, way too soft, and I can fold it in ways it shouldn't fold. 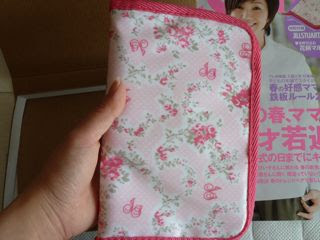 There are numerous pockets inside, but the way the pockets were cut and sewn loosely, so not only the thread was loose, the pockets didn't provide any security for the contents either. When I put credit cards into the card slots, they fall right out when the case is held upright as pictured below. 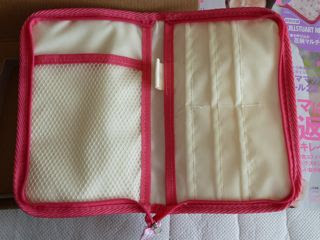 One side of the case has an inner length wise pocket for cash and on top of that is a deep net pocket meant for passports, etc. But there's no way I'd travel with anything that flimsy, so I put my pocket calendar book and pen there instead ^.^ The other side has 6 card slots on top of yet another length-wise pocket. 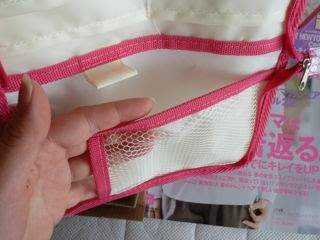 Every time I open up the case, I have to be careful and flip it on its side so that the card slots are upright (as pictured below). To secure the credit cards further I had to put several of them into one pocket so they wouldn't fall out. Of course I don't have that many credit cards, so I used the rest of the other slots for point cards and such. Many of the stores here have some sort of point/loyalty system that requires a member card, so if you go to several stores often enough you'll quickly accumulate a stack of point cards, each for a different store. Even then, it's still pretty annoying fumbling around with this multi-case. For example, when I flip the case so that my credit cards are up right, my pocket calendar book and pen can easily fall out from the net pocket. And because the zipper unzips from top to bottom, flipping the case on its side means unzipping from right to left, totally awkward. 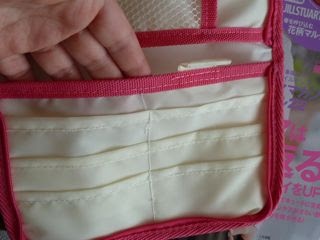 If I tug on this loose thread hard enough, I can probably undo the entire sewing of these card slots. 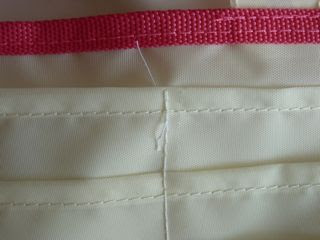 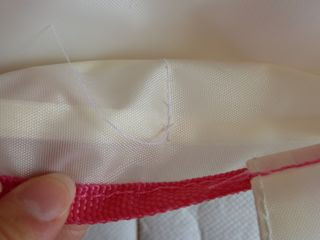 The zipper end. Not the best craftsmanship around, huh? 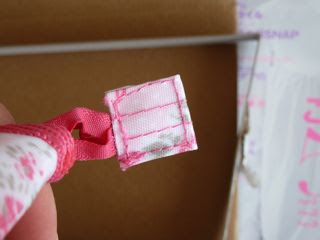 Since the school year in Japan starts on April 1, there were several pages featuring elementary school uniforms ^.^ 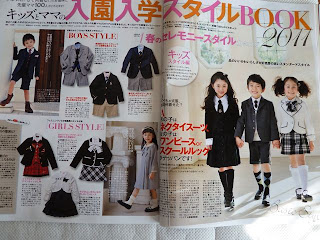 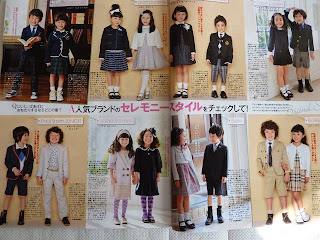 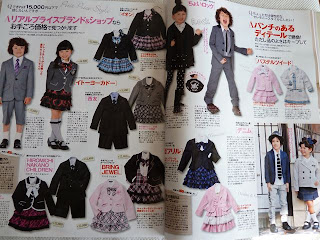 And of course there were also several pages featuring "proper" office attires for the OL's. 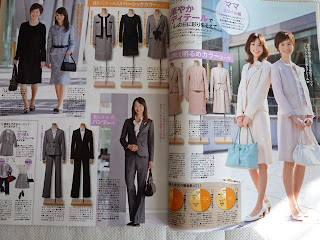 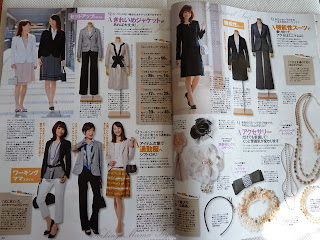 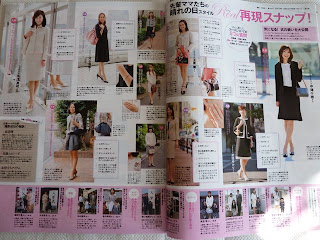 But other than that, there was nothing else interesting in the issue. I probably should have skipped it. Oh well.
Posted by D. at Saturday, May 07, 2011