These Victoria's Secret Beauty Rush Cheek Tints are sad, long-forgotten, and neglected victims of my moving about for the past few years. They were updated, and much improved I must add, version of the much crappier Beauty Rush Pool Party Lip & Cheek Pop, all of which dried out within a mere 6 months' time even with my meticulous care in storage. I originally bought them just to see how they would fare in comparison to the older version, but I never got around to even open them up and try :( In other words, these are now very old, long discontinued and no longer available, and this post is more of a "tribute" than a review.

From left to right: Victoria's Secret Beauty Rush Cheek Tint Just Peachy, Mon Cherry, and I Pink I Can. All pictures taken in natural light without flash unless otherwise noted. 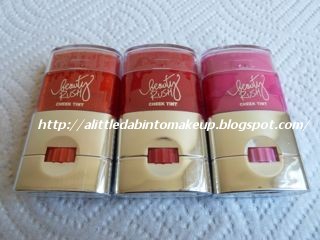 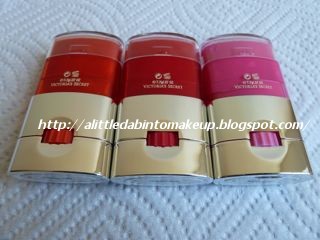 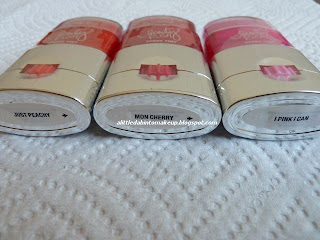 Like their older sisters, these are copy cats of Stila Color Push Ups in tiny deodorant-like twist up sticks. This whole time, they all were sealed and stored in tubberwares away from any heat or sunlight, but still it's been 2-3 years since they were bought. I dreaded opening them up thinking they would be blocks of wax by now. They sure didn't look dry, at least from the outside since the tubes themselves are colored but transparent. Sure enough, I was pleasantly surprised to find them still fresh upon opening. They were not in the least dry and perfectly usable! Wow!

These 3 pictures taken indoor with flash. 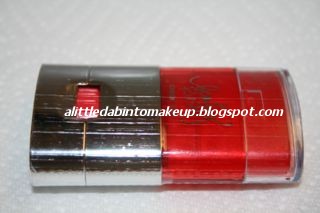 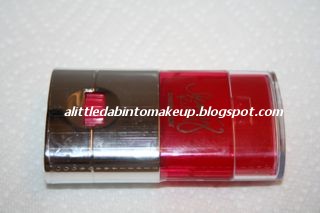 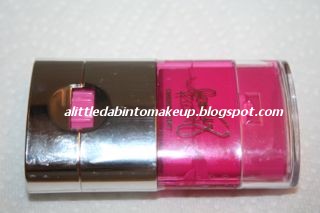 I would actually say these are actually comparable to Canmake Cream Cheek Clear series in terms of texture. They're also gel colors, going on very thin which makes them blendable and layer well. They're not as pigmented as Canmake of course, but this is not a fair comparison since they're a few years old already. They might have been more pigmented when fresh, but not anymore. That said, they're not as sadly sheer as the Body Shop Lily Cole Lip & Cheek Domes are still pretty decently pigmented for their age. My steadfast rule for finger-products is no double dipping, so I usually have to rub my finger a few times across the top surface to get enough color. Then I dab onto my cheeks and blend. All three of these have a faint scent that's not noticeable, probably because it's mostly faded away ^.^' As soon as I get some color onto my finger the scent is gone.

- Just Peachy: not peach at all but an orangey red. This color has very fine gold shimmers that don't show, so the color goes on translucent. This is the most pigmented one out of all 3. 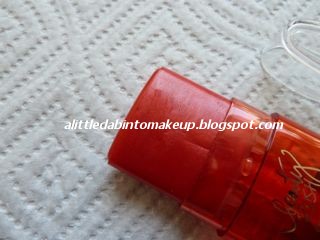 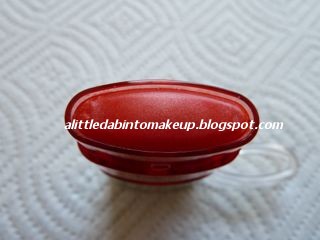 - Mon Cherry: a blue base red with no shimmers and is completely translucent. It's also the sheerest out of the 3 but given the color, it still shows very well on my cheeks. 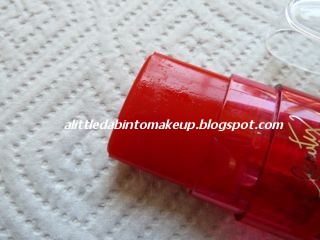 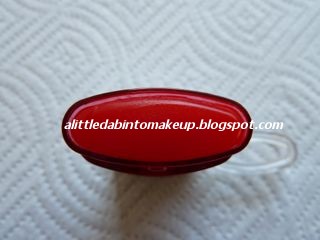 - I Pink I Can: a bubblegum pink that goes on me with some fuchsia. This color has no shimmers but there is some opacity, although not enough to turn caky. Gives my cheeks a very fresh and youthful flush. 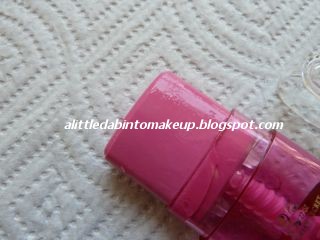 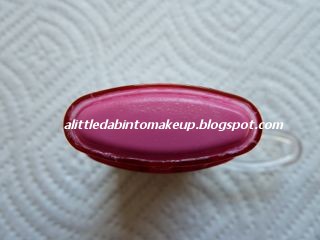 Just Peachy, Mon Cherry, and I Pink I can. Swatched layered twice each. 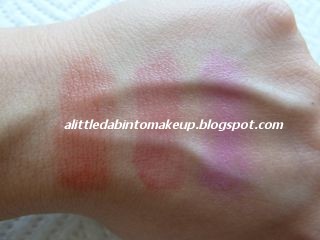 Over all, after all that time languishing away in storage these turn out to be little gems I wish I had taken with me to Japan T.T They are getting the attention they deserve now though, even if a few years late. Love them!