Around November I saw this Ettusais Lip Essence (Stick) Color SPF18 PA++ in Tinted Red featured on Cosme. Since I love DHC Medicated Lip Cream, I was curious to know how this Ettusais version would compare. So I picked up two LE release with Winnie the Pooh on the packaging and an 85mL refill pouch of Skin Version Up Essence, which I'll review later. 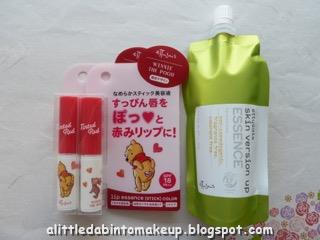 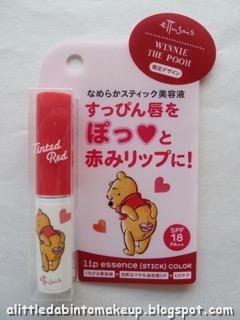 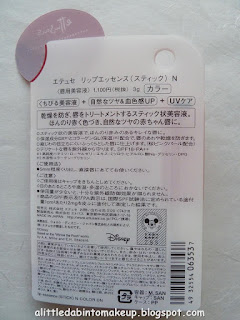 Like DHC, the Ettusais packaging is also plastic but actually looks and feels much more cheaply made. It's lighter, and the Winnie the Pooh is just a paper sticker on the body of the tube :( Compare that to the printed original as well as the DHC LE tubes and I started to feel I'd bought into a gimmick instead of a real lip balm. 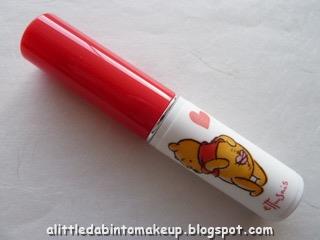 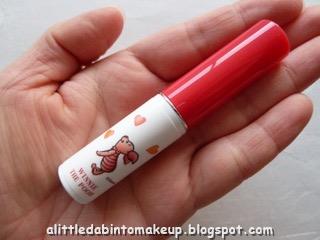 Same as the original Ettusais Lip Essence Stick, this LE tube contains 3g of product and retails for 1,100yen. Naturally, I expected it to be larger than the 1.5g/5-600yen DHC since it roughly doubles DHC in product content and price. To my utter disappointment, Ettusais turns out to be the exact same size as DHC, from the outside tube to the stick of balm inside. 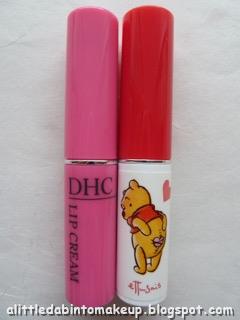 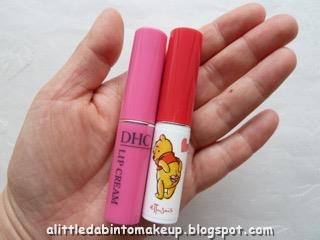 How could it be that Ettusais is 3g when DHC is only 1.5g? Does Ettusais's 3g include its outer packaging too? But even then the Ettusais tube is lighter than DHC! Why do I feel so tricked and ripped off? And I'd bought these directly from Ettusais's official Japanese online shop, so there's no chance of it being a counterfeit. This is the real thing. Urgh. :( 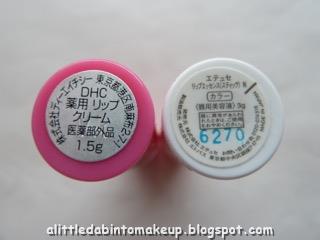 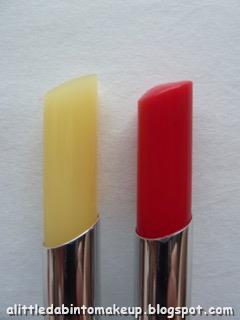 The Ettusais balm itself is not terrible, thinner than DHC but balmier and glossier. It lasts a bit longer than DHC, though no healing property. There's an SPF but it's useless being so weak. The LE version is named "Color Tinted Red" but as you can see, there's really no color. 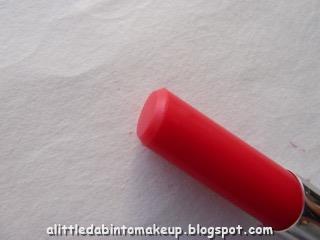 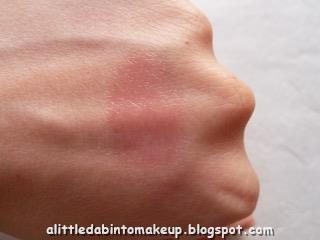 My final thought: this Ettusais Lip Essence is very much in the same veins as Opera Sheer Lip Color, a total gimmick and a waste of money. If you want a real lip balm, go for DHC. If you want a tinted lip balm, try DHC's newly released Pure Color Lip Cream. Sure, it's 1,000yen a piece via DHC official JP online shop, but you can probably find it for cheaper at the drugstores. Either way, it's still cheaper than Ettusais.
Posted by D. at Tuesday, January 31, 2017

weird about the weights!
That Pure Color Cream seems nice :)

Yeesh, what a ripoff!
I looked at the 2(!) reviews on cosme.net and one lady is a fan of the regular lip balm but said these aren't as moisturizing, unfortunately. She wishes they'd make a colored version of their classic balm :)

Oh, stickers you said...You just saved me 15 bucks.I bought an overpriced bobbi brown lip balm (because the glimmering white tube reminds me of chicca)and let see how it goes...

Yup, stickers. I felt like an idiot paying $20 for 2 of them. In my humble opinion they're worth $3 a piece, if that, no different than your good ol' cherry chapstick.

Depends on how the skincare essence works out, if it sucks too then I'll just stop buying from Ettusais altogether. Like Opera, the brand seems more and more gimmicky the more I think about it.