Along with Sothys Paris Desquacrem, I also tried (twice) this Normalizing Beauty Milk sample from the same GWP pack.

Because it's called "Normalizing Beauty Milk," I assumed that to mean "mild" and so I used it on the third mornings after the retinoid treatment the night before. I started with dry face and rinsed off with water instead of toner as per instructions. It has a similar texture as Bliss Clog-Dissolving Cleansing Milk, may be a tad thinner but still an opaque white milk. It's also scented, but this doesn't bother me. 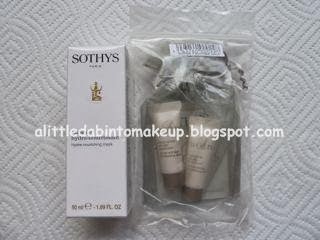 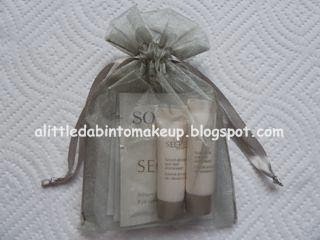 To my surprise though, this "milk" cleanser turns out to be harsher than the "deep pore cleansing" Desquacrem. My skin was dry and somewhat flaky after washing with it in the morning, and in a hot and humid environment! I guess I'm thankful to have tried a sample first, because the name sure is deceiving! I'll be sticking with Desquacrem, and perhaps try the Comfort Cleansing Milk for dry and sensitive skin instead of this one. It seems that it's discontinued anyway, as I don't see it on the Sothys USA website anymore. 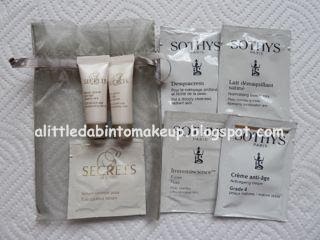 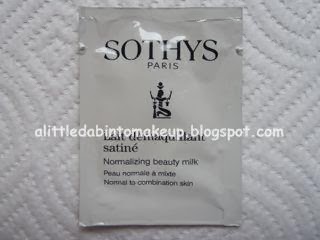 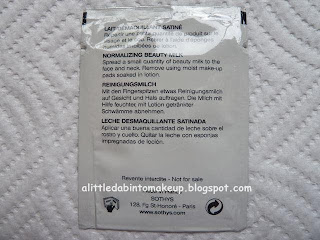