Having gotten these tiny 3g/0.1oz tubes of Yu-Be Moisturizing Skin Cream from Sephora, I was skeptical, because there's been a lot of Western brands that tout secret-whatever from Japan (or Korea, etc.). Even stranger was that throughout my 3 times living in Japan, I've never once seen this cream anywhere, not online or in stores, drugstores or otherwise. 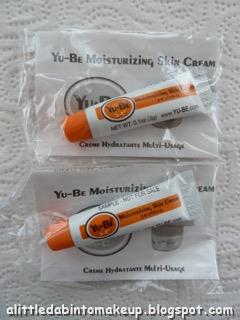 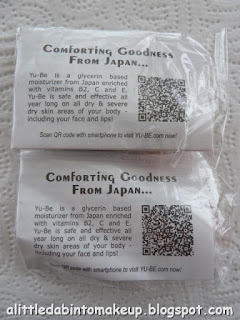 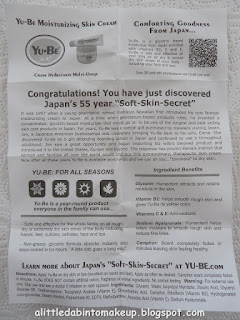 But I wasn't going to write it off just yet. I ended up googling the cream and realized why I hadn't seen it around while I was still in Japan: because Yu-Be isn't what it's called there. In Japan, the family of product has always been marketed under the name YuSkin. There are several different lines, the most popular ones being YuSkin A (Yu-Be falls under this line), YuSkin I (for itchy skin), and YuSkin S (medicated). I'm guessing the name "Yu-Be" is a recent invention meant for the market outside of Japan, Calpis in Japan versus Calpico outside of Japan.

I haven't checked the ingredients so I don't know if the Japanese domestic versus the US versions are identical. Being my curious self, I bought a Japanese version in a 60g tube to compare. I actually already tried one of the tiny tubes of the American version earlier in the year when the humidity hasn't set in.

Japanese domestic version versus the US version (below). 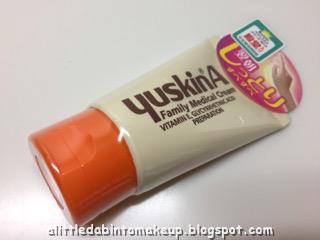 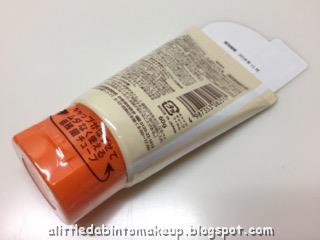 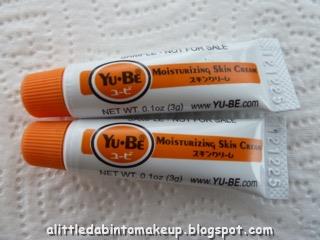 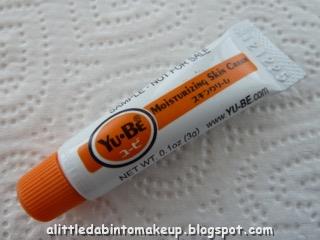 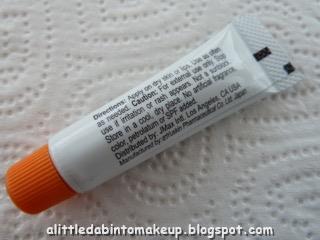 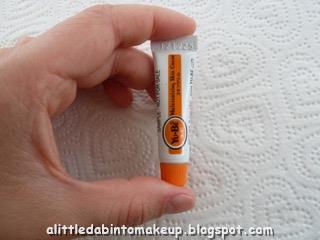 Anyway, now that I'm using the 2nd tiny tube (the US version) along side with the Japanese domestic version, I found both versions to be equally rich and thick, both having the same yellow color and smells of Tiger Balm (there's camphor in the ingredients).

I've tried them on both my face and body. For my face, a tiny dab was enough to keep my skin soft, especially around the tip of my nose that's constantly flaky during cold weather. For my body, I focus on the elbows, knees, and feet where it's most rough and dry. Now that I'm home where it's super dry, I'm so glad to have this cream and will definitely repurchase. The decision here is whether I'd pay more for the US version, or get the Japanese version that's cheaper.
Posted by D. at Sunday, November 06, 2016

It's great stuff! I like it on my dry cheeks in winter, and also around my nose when I have a cold.

Exactly! I blow my nose constantly around this time of the year due to allergy and so the skin around my nose gets dry and chapped. This cream is a lifesaver!