When I bought this 250mL spray bottle of Shikioriori Tsubaki Hair Essence Water, I just thought to try a new leave-in hair conditioner for my lazy nights, which is sadly most nights ^.^" I didn't expect to like it as much as I do.

A few months ago, I picked out this hair water and a few other new shampoo sets from Rakuten JP. Along with a bunch of other stuff like sunscreens, snacks, dried soups, etc., I had the store sent my big box via surface mail (funabin, aka ocean freight), which usually takes 2-3 months and almost always arrived a little beat up, because that was just how ocean freight rolled ^.^" You tape stuff up and you wrap them well if you don't want them arrived all banged up, because they will be. 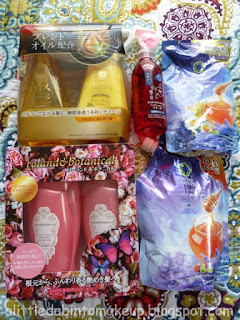 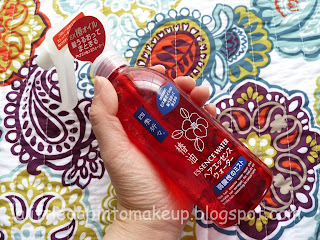 Which was to say there were some accidents happened along the way and my box arrived with a note from USPS apologizing for the damages. Thankfully, the "damages" was just this bottle of hair essence--the spray cap came slightly loose and spilled 90% of the hair water all over my stuff, all which was fine save for the stickiness and everything smelling lovely ^.^

The hair water came in a pray bottle that was neither sealed or had any manufacturer shrink wrap. That's just how it is in Japan, folks. Some stuff just aren't sealed at all. The shop didn't bother to tape up the bottle or put it into a bag in case it spilled either. Because in Japan, they wouldn't need to! In my limited experience, when I gift-wrapped a box beautifully with bows and decorations and then sent it through the Japanese postal system, the vast majority of the time it made it to the recipients in pristine condition, as if I'd just walked next door and hand-delivered it myself.

In fact, I had exactly zero shipping incident while living in Japan. That was one of the things I most appreciate about the country. So I could only guess that some naive soul at this shop was inexperienced with the cruel world of shipping beyond Japan and thought the spray bottle would be fine if they'd just place it into the box nicely. Thank goodness it was just hair water and not cleansing oil. A spilled bottle of cleansing oil would have been a real pain to clean up. 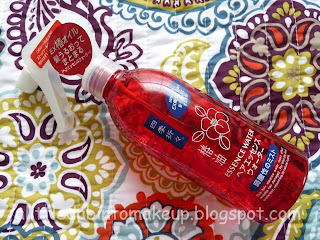 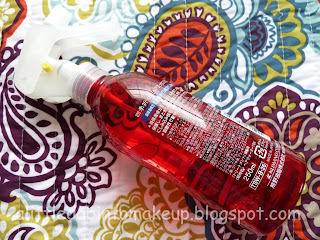 Anyway, did I mention my box of stuff arrived sticky and smelling lovely? Yes, this stuff smells sooo nice, a mild powdery flowery fragrance. The bottle was left with only 10% of its content, but that didn't stop me from putting Yanagiya Anzu Oil Hair Toning Lotion aside. So far, I've only used 4 hair waters: Tsubaki Tsubaki Water, Oshima Tsubaki Hair Water, Yanagiya, and this Shikioriori one, and the later two are my favorite so far. In fact, I'd even say I like this Shikioriori better than Yanagiya! Not only it smells nice, it makes my hair super soft after blow-drying. Neither Oshima Tsubaki nor Yanagiya gave me this extra softening effect. So I like it a lot and will definitely buy another bottle (and will leave a note for the shop to pack it better too). Love! 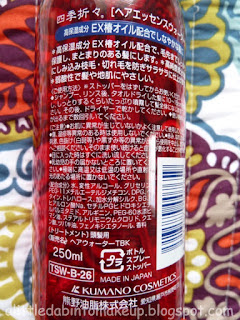 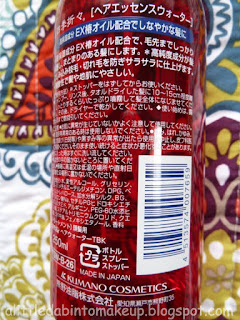