Shibuya was another under-explored area for me and hubby. Believe it or not, we went to Shibuya more often while living in Yokohama than we did while living in Tokyo. I blame the same big, dense city exhaustion, because being a suburb Yokohama was nowhere as crowded as Tokyo. 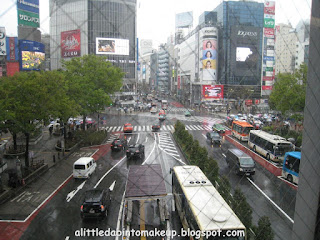 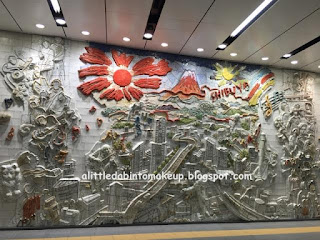 Yes, there's a L'Occitane cafe in Shibuya, which wasn't that surprising if you've lived in Japan for a long time. Before coming here, I just couldn't wrap my head around the idea of my boutique/designer cosmetic, skincare, and otherwise toiletry brand also serving me food. Can you imagine dining out at a Louis Vuitton restaurant? Or sitting down with friends for coffee and dessert at a Chanel cafe? Well, at the Shiseido Parlour in Ginza, you can do both! Have a special occasion? Try celebrating at the Michelin one-starred restaurant Faro on their 10th floor! Wild, huh? I mean, hubby and I went to the Agnes B. cafe several times while we were in Taipei too, so it's not solely a Japanese phenomenon. 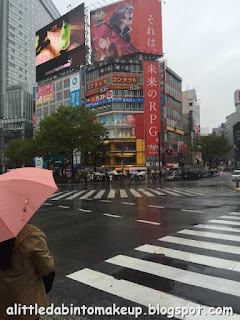 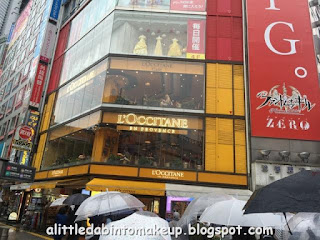 Anyway, hubby had a colleague A. who was sent to his office for a several-weeks-long project. A. loved Shibuya and would drag us and J. out there with him. A coffee joint he loved was Streamer Coffee, which I actually did like better than Blue Bottle. 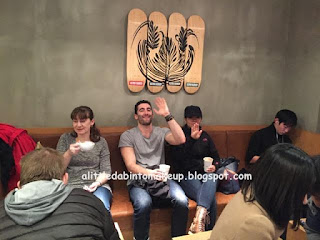 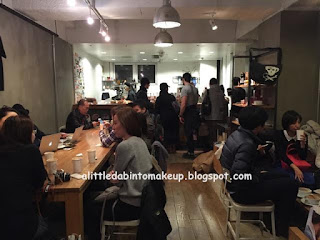 This was my favorite item on their menu, the Military, it was a matcha latte but with some coffee in it. Yum! 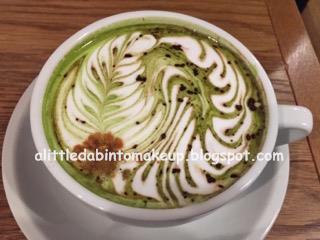 A. also dragged us a 7-floored game building to play pingpong. Each floor of the building was dedicated to a different type of game. There was a video games floor, arcade games floor, purikura floor, billiards floor, and pingpong floor among a few other things I don't quite remember. Sounded like fun but it was pure hell for me. Why? Three words: massive sensory overload. There were flashing neon lights and crazy noise everywhere I turned, very much like a pachinko parlor. Thank god I'm not epileptic.

Even worse was that they allowed indoor smoking on every floor. The whole building was engulfed in a thick cigarette smoke cloud and each floor was foggy because the building's ventilation was piss-poor. I had asthma throughout middle and high school and am sensitive to smoking. Together, the bombardment and the suffocation were just too much and I could barely held myself together, much less taking photos. Thankfully, they realized I was ready to murder someone and we left after an hour or so. Urgh. I could never understand how and why that could be fun but hey, everyone's different. I wouldn't go there again even if you paid me to.

Anyway, onto happier memories ^.^" When mum and aunt-in-law visited, on a rainy morning hubby took them out and about the neighborhood. Then they went onto Shibuya to see the famous scramble crossing. I was at home doing my things but hubby was happy to take his mum and aunt to a cat cafe next, because our last cat cafe visit was over four years ago in Yokohama and he needed an excuse to go play with a bunch of kitties. They picked Cat Cafe Hapi Neko ^.^ 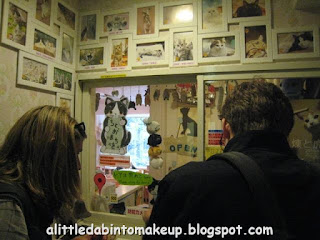 They had lots of fun and these photos are courtesy of mum and aunt-in-law since I wasn't there myself. 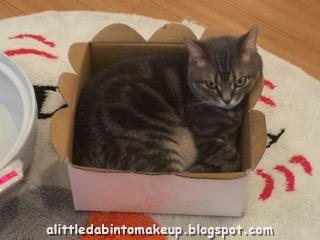 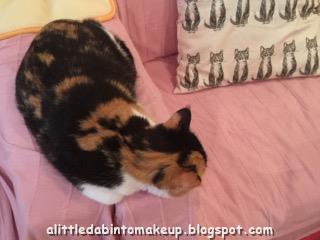 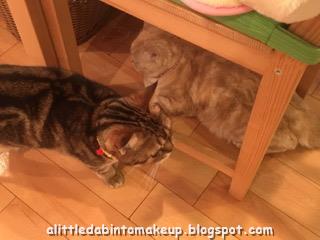 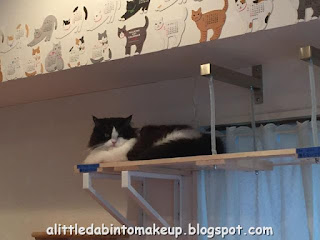 They all agreed it was a great way to wait out the rain! 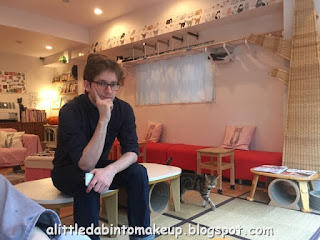 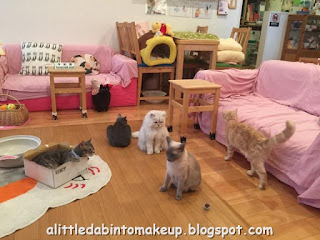 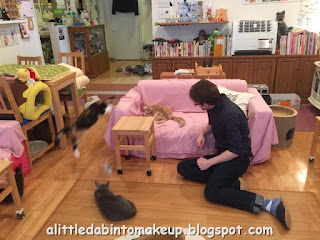 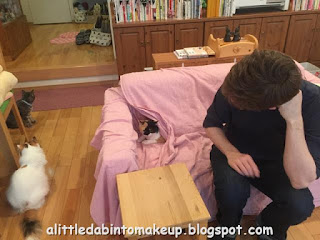 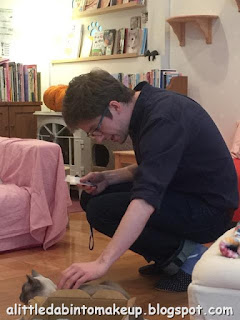 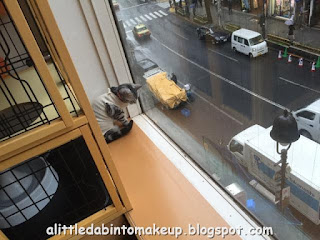