Hubby and I, and our friends too for that matter, only went to Omotesando a few times when we were in Tokyo. It wasn't because we didn't like it. We felt--for lack of better words--out of place there. Why? From our view Omotesando is really poshy, the all-grown-up-and-super-successful big sister of Harajuku. Ginza? Pffft, too touristy, which was why we spent a lot of time there because we could blend into the crowds of tourists. But there at Omotesando, our decidedly "un-hip" appearance stuck out like a sore thumb. 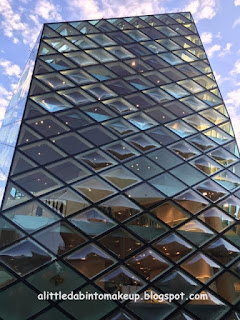 During the holiday season of 2015, me, hubby, J., and Y. strolled through the area. Everyone was excited about visiting the Blue Bottle Coffee Aoyama branch. Well, we weren't alone because there was a line from the second floor where the shop was all the way down the street level and wrapped around the block. 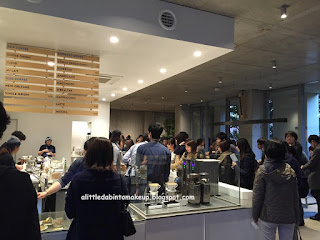 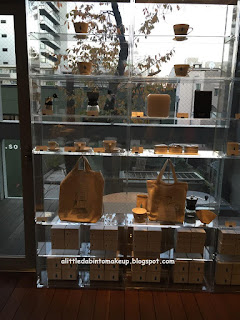 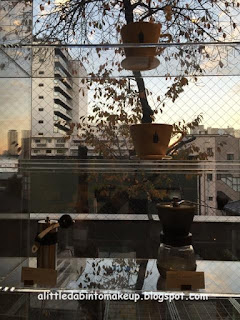 Most people got their coffee to go but as you can see, there was no open seat. 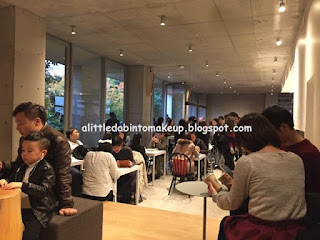 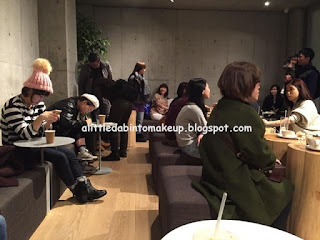 The baristas were brewing nonstop with no end in sight. 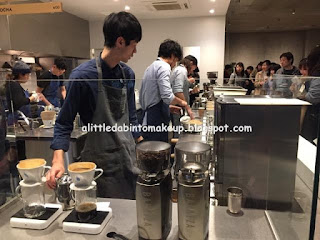 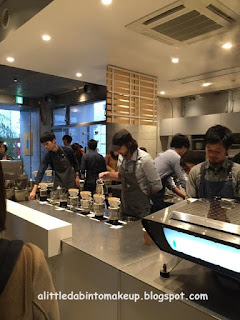 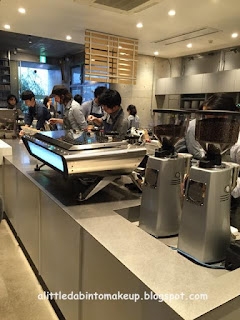 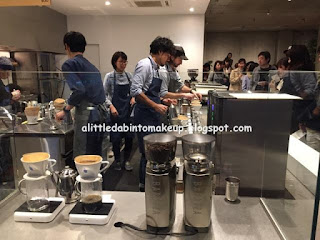 I got an ice latte ^.^ It was pretty good, though I wouldn't stand in line for thirty minutes for another cup. 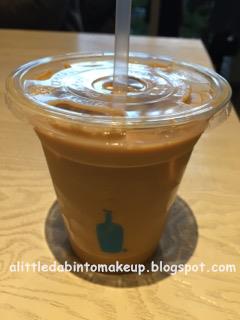 After our coffee break we went to Omotesando Hills Building to look around. Christmas decorations were already up by then so we tried to take some photos for the holiday cards, though we weren't quite successful. 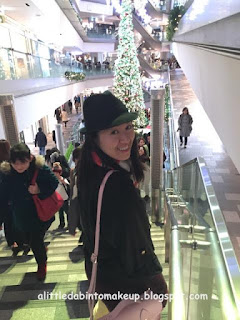 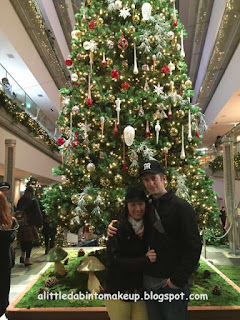 In the end, we gave up and went for some late afternoon snack at Rstyle, a Japanese dessert shop on the 3rd floor. The desserts there were okay, nothing like Ginza Kanoko though. 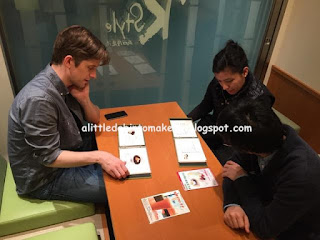 One thing that really bugged me about Rstyle was, well, their style. For example, see that funny-looking teapot in the top left photo there? Modern and cute? Yes. Functional? Nope. The pot itself wasn't rounded but shaped like a tear-drop with the tip being the pouring snout. The center of gravity was shifted way forward where the snout was, while the two tiny nubs that were supposed to be the "handles" for the pot were set too far back. As soon as you pick up the pot, full content or not the snout automatically tips down. Once that pot was filled with boiled water, you'd have yourself a spilling, scalding mess. That was, if you could even touch those nubs of handles without burning your fingers first. Did they forget the pot would become very hot when filled with hot water?!? Point is: good design is more than just meet the eyes, folks. It can't just simply look good. It has to work. It has to work intuitively. And it has to work well. 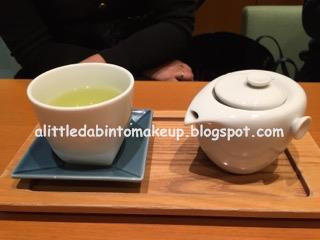 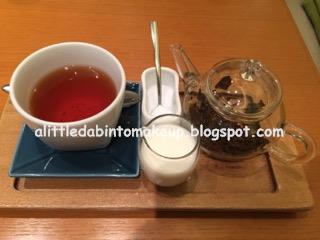 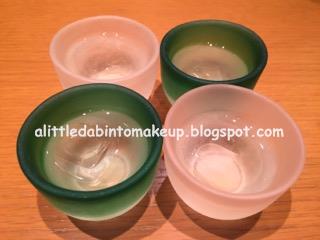 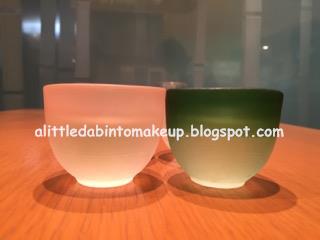 Looks tasty, right? They weren't that tasty :( If you're going to paying the same price, go to Kanoko and get yourself a delicious and satisfying Japanese dessert. 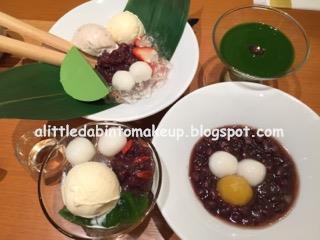 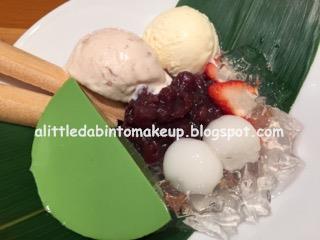 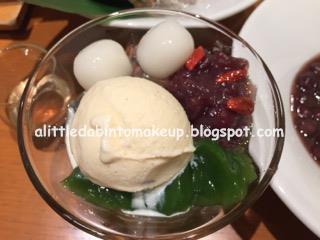 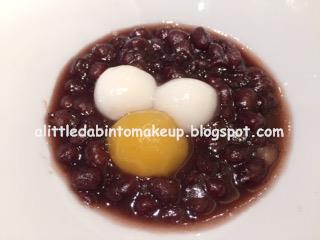 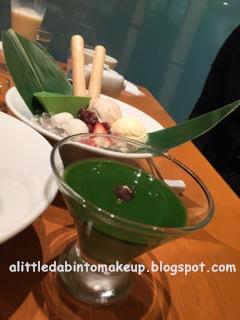