At the end of July, hubby attended a work conference in San Francisco. We'd just moved into our house at the beginning of the month and everything was still a mess, but he had to give a talk and couldn't get out of the trip. And of course I couldn't pass up the opportunity to tag along, at least for old times' sake.

We had a blast living there and will always have fond memories of The City. Can you guess where we went first? Yup, Japantown ^.^ 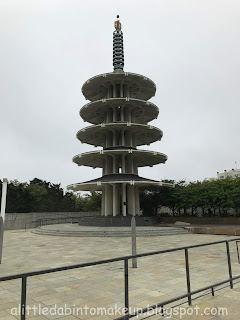 But you know the *real* reason I tagged along, right? Yup, food. Food tourism is real, folks. What I long for most from a place is almost always the food. Does that make me heartless? ^.^" We were only there for a few days and barely had time to revisit some of our old haunts in Japantown. But we were able to squeeze in a new place. Will post on that later.

First up was brunch at Sweet Maple. We were there on a weekday morning so there wasn't any line. Still, fifteen minutes after we were seated it was a full house so that was a reassuring sign to us. 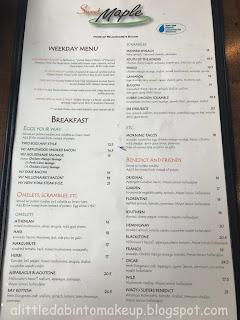 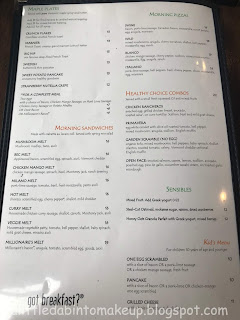 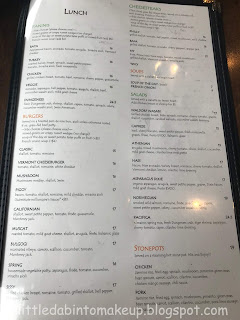 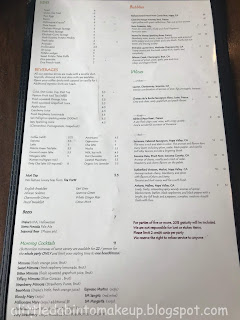 I had my usual, a pot of hot tea, eggs, bacon, and french toasts. Hubby had eggs Hollandaise and potatoes. Yum. Just as good as we remembered. 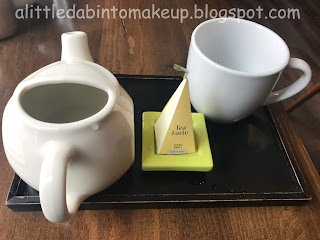 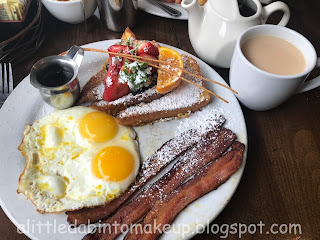 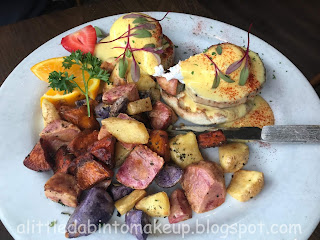 On a different day, we had lunch at Sweet Basil across the street from Sweet Maple. For appetizers, we ordered the duck rolls again and it was good also. Got tom yum koong and curry puffs and as you can see, we inhaled both before I could remember to take photos so here are some empty plates as proofs ^.^" For the main dish, hubby had ginger chicken (I think) and I ordered something different, roast pork and Chinese broccoli. Hubby's dish was good but my roast pork was surprisingly tasteless and disappointing. 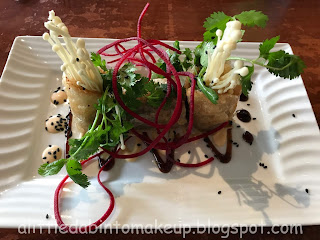 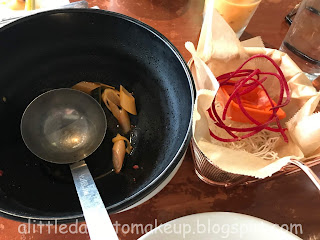 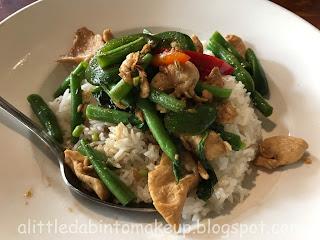 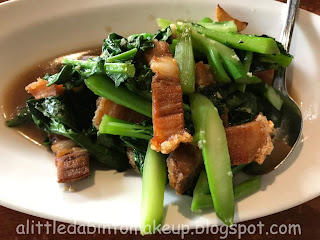 Met up with a friend who got into bread and ramen-making recently. He brought us a giant wheat and rye boule. We brought it home and ate it over two nights with meat chili and plenty of butter. Delish! Thank you, F.! 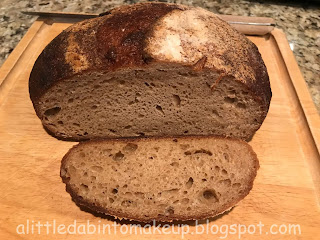 Here are a few of the goodies brought back from SF. We actually bought a lot more but gifted/ate them all without remembering to take pictures again. Will try to remember next time. 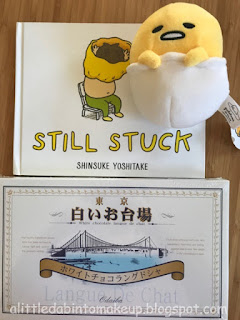 "Still Stuck" is the English edition of "もう ぬげない" by Shinsuke Yoshitake. We have the Japanese version which hubby reads to our little one every day, but our friends C. and A. don't know Japanese so we got them the English version for their little A. who's eight months old now. The small Gudetama soft toy was both a gift for little A. and a poke at her papa A. who's a fan of the lazy egg. The Shiroi Odaiba is actually a "licensed recipe" of the Shiroi Koibito, for sale outside of Japan only. They taste identical to me!

There's been a few times when we were tempted to move back to SF, by friends and colleagues, job offers, etc. We declined all. The housing market there is just detrimental for one's savings account. Just because one can doesn't mean one should. So we stayed put and opted for quick visits from time to time instead.