Finally been introduced to some decent Sichuan food in Yokohama Chinatown via my classmates ^.^ The place is called 精華楼 and I can't seem to find their website, but I did take plenty of pictures when we went out for lunch there. Food was good, still can't lay a finger on Szechuan House's quality cooking but still much much better than the standard Chinese fares I've had around here. And while it wasn't cheap, it wasn't expensive either. Hell, I'm more than willing to pay for Sichuan food. Just feed me some spice!!!

- Left: cold appetizer plate with jelly fish, duck, pork, and shrimp, all of which was yummy!
- Right: sauteed water spinach. 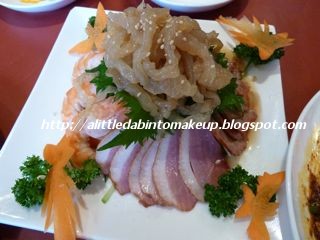 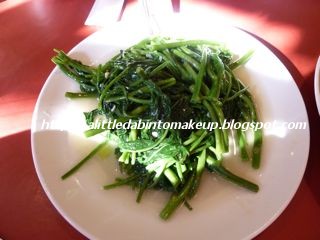 There were 5 of us, so went to town with the menu and ordered a bunch of stuff. And somehow ate all of them ^.^ 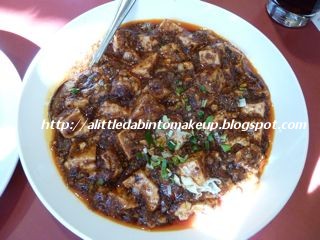 Here's Shui Zhu Niu (水煮牛), which was spicy and the beef was so tender I started questioning what it was exactly I was eating :X Yangzhou Fried Rice (揚州炒飯), which was gone in a snap ^.^ 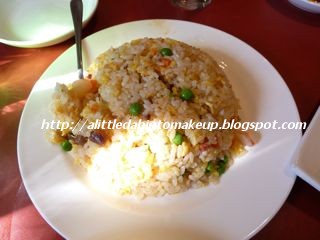 Forgot the name for this dish, but I had hope it would turnout something along the line of Arisan's Dongpo Rou (東坡肉), but it was just meh. The flavor was too bland and the pork wasn't tender enough. In fact it was kind of chewy. 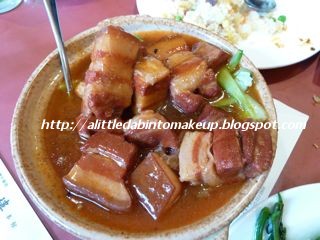 Ahh...At least I finally get a bit of something reminiscent to Chongqing Lazi Ji (重慶辣子雞) *cries tears of joy* It was crunchy and salty heaven, though was a tad bony (some places dice the chicken with bones in) and they put peanuts in it. I prefer no bones and no peanuts, but I've been deprived of the dish long enough to eat it all up without a single complaint. 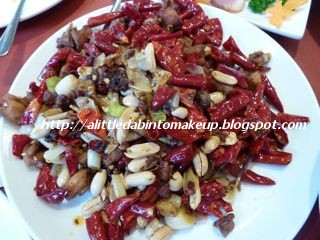