Next up is this 20g tube of Mamonde Everyday Sun Stick SPF50+ PA++++, it too was among the several lists of "best sun sticks" I'd seen along with Hanyul White Chrysanthemum Matte Sunscreen Stick. 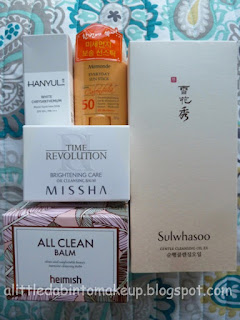 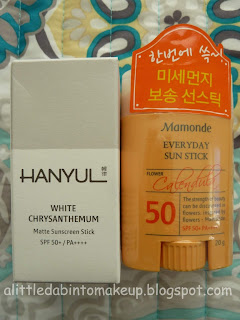 Originally, I intended to keep this stick in my bag, but as you can see below it's rather oddly shaped, like an oval stick of deodorant bent into an elbow noodle, so it doesn't fit well in my small bag. The product inside is oddly shaped also, with two round lumps raised at two ends making application on the face a bit awkward. However, this isn't a big deal as I'd most definitely wear the shape down with use. 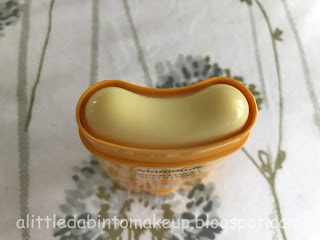 There are also 20g of product in the tube, and while it retails for 15,000krw (about $12.86) I got mine for $11.10 including shipping. It's basically twice the product content of Mentholatum Skin Aqua Perfect UV Stick for only 1.5x the price. Not bad. So this stick ended up in my mirror cabinet instead, next to the few other bottles of sunscreens I'm currently using (Nivea Sun Protect Water Milk Mild, Biore SaraSara UV Perfect Bright Milk, and Anessa Perfect UV Sunscreen Aqua Booster Mild). 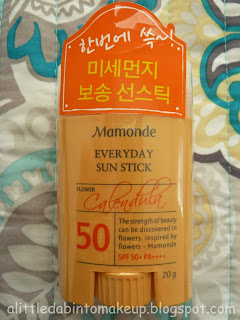 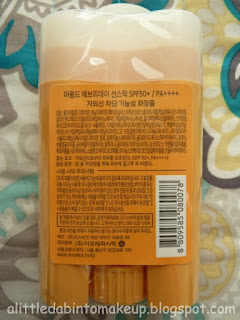 This Mamonde sun stick smells like deodorant xD! But hey, I'd rather smell deodorant than funeral wreath--ahem--Hanyul :P The formula is definitely a step down from Hanyul though, even thicker, pastier, and with a slightly more noticeable sheen, so it's not totally matte either! There's a slight white cast too, even if you can't tell from the swatch photo (I can tell in real life!). However, since I'm only using it for touch-ups, on the back of my hands, and on the top of my feet, the slight white cast doesn't bother me. 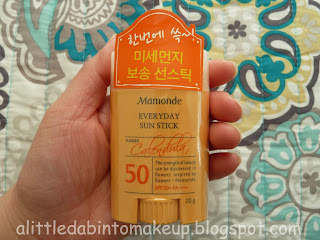 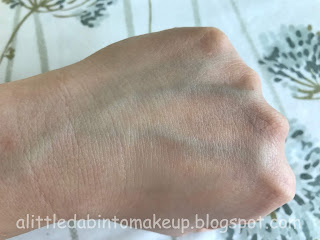 The list of ingredients shows octinoxate (에칠헥실메톡시신나메이트) and titanium dioxide (티타늄디옥사이드). I won't repurchase this stick once I'm done with it.
Posted by D. at Monday, May 06, 2019

That curve makes it look like it will be perfect for face! Back when I was in highschool I used to roll on those CVS brand sunscreen stick on my face to school. On day and as soon as I sat on table, a guy was saying loudly I smell like deodorant...

It does look like it'd be perfect for the face, right? But when I apply it, it mostly feels awkward and clunky. Or it might just be me LOL

I'd still rather smell like deodorant than funeral wreath :P