These Dual Blend Eyes are the successor to Kate Dual Carats, and they're way better and cooler if you ask me, at least in concept. Where as the Dual Carats are 2 eye shadows in 2 separate pans, these Dual Blend Eyes have 2 shades in the same pan with a half length separator, leaving a "blend zone" in the middle where the 2 eye shadows meet. The point is that you're supposed to blend this base/highlighter and the darker color that can be used to as a liner shade to create a gradient medium crease shade.
All pictures taken in natural light without flash. 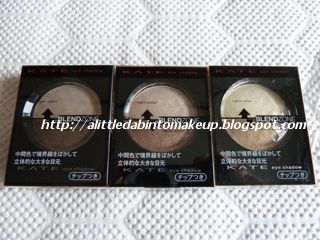 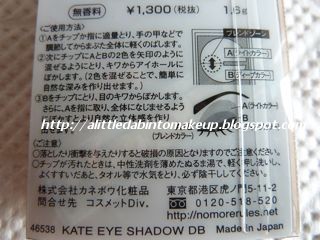 There are 8 color combos currently available with a couple others discontinued. I have only 3 and not too curious about the others. May be I'll look into the discontinued PU-1, and may be I'll play with the GN-1 and BK-2 testers some more, but the rest I just don't find very interesting. Color wise, I much prefer the more metallic combinations in Lavshuca Dual Prism Eyes, even if I think some of them are awkwardly paired as there isn't always an apparent base/highlighter. They may not be as crazily pigmented as these Kate ones, but they are pretty pigmented, not to mention cheaper!
BK-1 and BR-1 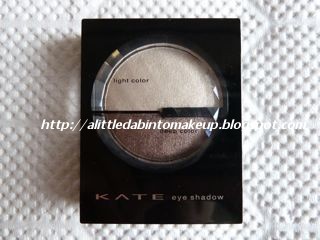 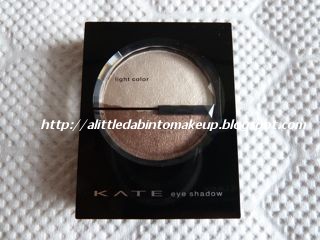 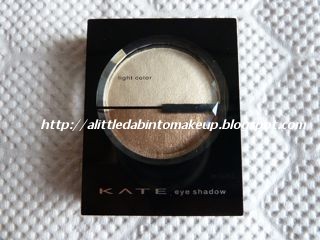 Anyway, as mentioned above these Dual Blend Eyes are crazily pigmented, way more so than the Dual Carats and definitely on par with the Kiss Kiss My Eyes Glamorize Shadows! I only have 3 colors, but so far I haven't seen any inconsistency in pigmentation. Their finish do vary, but I wouldn't call this an inconsistency at all. They are soft and smooth, and the only drawback as far as I can tell is that the darker color in some combos is actually not dark enough to be use for eye lining. However, that doesn't change the fact that they are freakin' pigmented! Another caution, if it can even be called that (some folks just like their eye shadows very pigmented), is there is too much of the darker color on top of it being way too pigmented. I mean, the darker color is only slightly smaller than the base/highlighter half. If you use too much of it when blending, which is actually quite easy to do as I did in all 3 swatches below, you'll end up with a medium crease shade that's only a shade lighter and not that distinguishable from the darker color.
BK-1 and BR-1 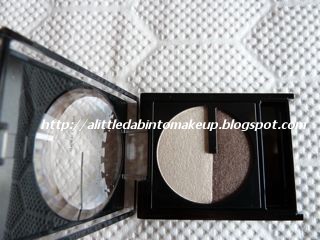 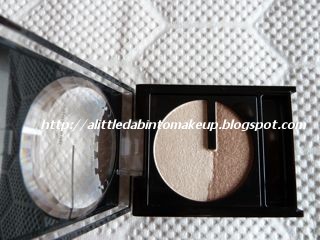 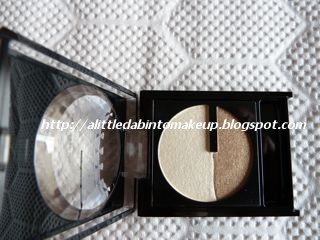 - BK-1: as you can see, this is not black at all but is actually a deep purplish taupe combo. 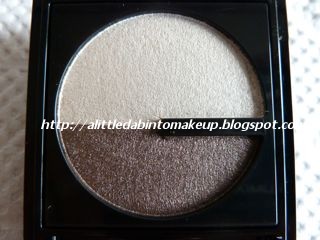 - Top: base/highlighter, semi-metallic, medium intensity. Looks off white in the picture but is actually an ecru with a semi-metallic and slightly pink sheen.
- Bottom: liner shade, satin, high intensity. A cool deep purplish taupe. It's very pretty and, holy hell, pigmented!
- Blend: medium crease shade, shimmer, medium-high intensity. A gradation of taupe brown and taupe, depends on how much of the darker color you blend. I blended a little too much of the deep purplish taupe, so I got a really pigmented taupe brown that's perhaps a bit too dark for a medium crease shade.
Left swatch is the blend, the 2 right swatches are the 2 individual colors. 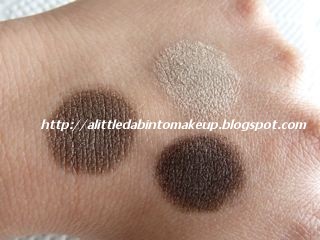 - BR-1: this turns out to be a warm medium brown combo that I usually avoid since they tend to turn red on me. But fortunately this one doesn't turn red on me. Phew! It's still warmer than I'd like, but it's not too bad. 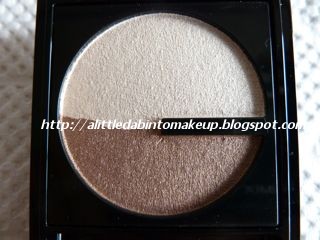 - Top: base/highlighter, semi metallic, low intensity. An sandy beige.
- Bottom: liner shade, semi metallic, high intensity. A warm bronzy brown that's a tad too light to be a liner color, at least in my opinion. I have to use a separate liner for this combo.
- Blend: medium crease shade, semi metallic, low-medium intensity due to the liner's lightness in color and the less pigmented base/highlighter. A gradation of beigey brown to beige camarel that actually makes a good medium crease shade.
Left swatch is the blend, the 2 right swatches are the 2 individual colors. 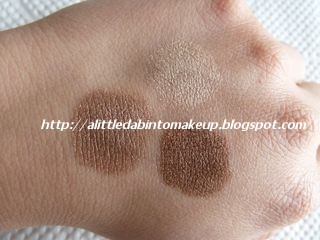 - GD-1: I was expecting a lighter color combo actually, but it turns out to be darker than expected and somewhat close to the BR-1 combo above. 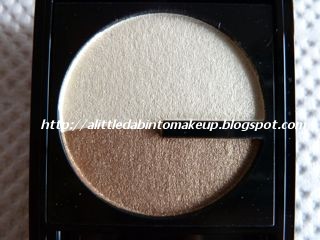 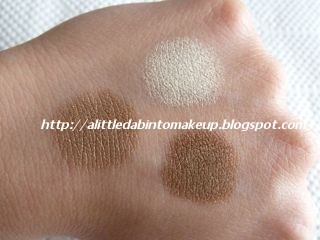 to be honest i really miss the Dual Carat eyeshadows...OR-2 was my all time favorite colour..i had a few more from the same line b4 they discontinued it...but i feel with the Dual blending you not getting the fun colour like b4...i had one with Hot pink with cream/gold shimmer for one its soo pretty~~i mean i like the concept of the new Dual Blend, but i prefer the colours of the old ones

I totally agree that the colors available for these Dual Blend Eyes are yawn-worthy. I guess I like the Lavshuca Dual Prism more so than the older Kate Dual Carat because of their metallic finish (and I prefer darker colors on the crease), but at least my 8 of the Carats attest to something ^.^

Thanks for reading and commenting!
D.

You must have the most epic make-up collection! <3

Thank you. I do cherish everything I have, but you'd be surprise how many big fish out there in the pond ^.^'

Thanks for reading!
D.